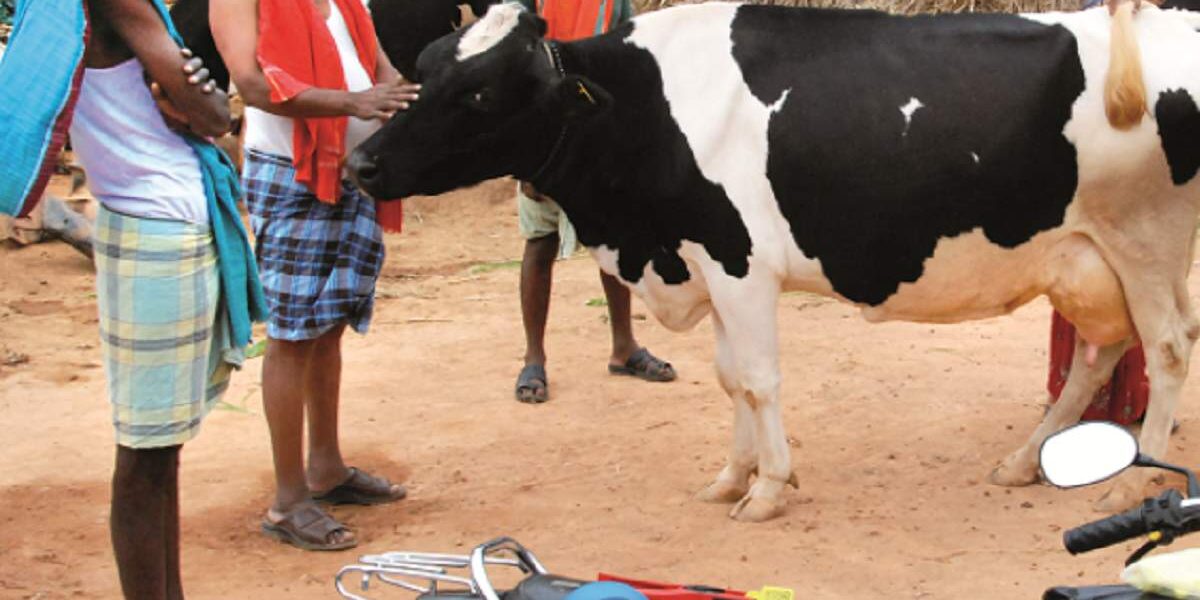 “As a dairy farmer, the work might seem exhaustive, but it is worth it,” says Ramakrishna. Hailing from Nawabpet, Mahbubnagar district, Telangana, this traditional farmer turned three cows tied in his backyard into a cattle pen. In four years, he is now a proud cattle rearer with 12 cows in his barn subsequently earning triple of what he did when he started.

Being around milch animals since his childhood, Ramakrishan shared a special connection with the animals. Remembering a particular day of his teen years, “I cried for two days when I saw my father sell the brown coloured cow I fed after coming back from school.” Little did he comprehend that the cow went dry. Years later, he thought hard about that incident while visiting his hometown for holidays. His neighbour was selling away their buffalo and that triggered the same memory once again, and he wanted to know why?

Upon enquiring around in his lane, one of the villagers said, “What is the use now? The buffalo gave one calf and went dry.” He never got the answer he was looking for. After a prolonged discussion with the local veterinarian, he found out how the animals were not healthy.

One day, at a milk collection centre, he saw an infomercial about the importance of nutrition in animals. There, his vacation ended. He headed back to the city, where he managed to get information on breeds, cattle rearing and more. On his next trip to the village, he brought three high yielding cow breeds and fed them cotton cakes regularly. Thinking that he did everything right, he waited for several months. The cows got sick often, and the labour of dairy farming was getting expensive. During this desperate situation, one of the meetings held by Heritage on animal nutrition caught his attention.

After careful consideration and detailed calculations, he wanted to give it a try. Gradually he started including Heritage Gomitra Cattle Feed. He was initially disappointed for not seeing an immediate result. However, after four months, he saw the milk fetching a higher price.

Along with increased SNF and Fat percentage and proper health to bear progeny, his three cows became twelve cows in approximately four years. He says, “It is not like any other work. I am glad to have started this and use only proper feed. Thanks to Heritage Feed, I now look forward to expanding my barn.”

Along with a stable income, his quality of life has also improved. He has now found all the more meaning and gratitude towards his cattle after the pandemic hit.

The Right Feed that made Dairy Farming prosper
November 10, 2021